In 2007 The Diversity Project stayed in Boston due to problems obtaining permits. However, our students still made the best of their opportunities. 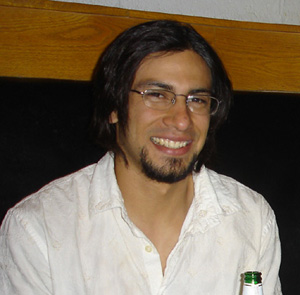 Comments on The Diversity Project: “The Diversity Project for me was an unforgettable experience…. When I first started at Dr. Barber’s lab I knew little about population genetics. Thanks to Dr. Barber, journal club, lab meetings, and the help of the awesome graduate students I learned a lot…While I was there I had the opportunity of having individual meetings with Dr. Barber where he gave advice for graduate school, future research, as well as personal encouragement. I really like that he was willing to give solid advice and build a relationship that I could count on in the future…Our adventures outside of the lab were amazing, we drove to Maine and New York, there were concerts, and Paul gave great Barbeques. I still have a year left of undergraduate studies but the Diversity Project summer internship will always follow me through my research career.”

Where is he now? After completing his degree at NMSU, Roger took his genetic skills to the FBI to do forensic science research. He completed his master’s degree in Intelligence Analysis and have been doing cyber threat intelligence for about 5 years and loves it. 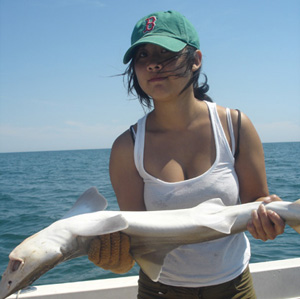 Project: Comparative phylogeography of mantis shrimp across the Indonesian Archipelago

Comments on The Diversity Project: ” TDP was a great program, I had never worked in molecular ecology, much less any genetics research before and I really loved it and am really interested now in marine conservation genetics. …. After doing the Diversity Project and seeing what other work in molecular ecology is like (esp. working with salmonids, rockfish, etc…) I know that I definitely want to pursue a PhD in marine conservation genetic…this was an awesome oppurtunity and thanks for having me!”

Where is she now? Samantha Cheng graduated in Spring 2009. In 2008 she presented her work from the Diversity Project at the annual meetings of the Society for the Study of Evolution. She is presentl applying for a Fulbright Fellowship to conduct marine research in Indonesia. Since doing The Diversity Project, she has gone to Costa Rica for OTS Tropical Ecology program and the NMFS/Virginia Tech Marine PopulationDynamics Workshop. She spent a summer as part of the NOAA Hollings Program at the NOAA/NMFS Southwest Fisheries Science Center working on paternity analysis of two rockfish species using microsats with Carlos Garza, then spent a year in Indonesia on a Fulbright Scholarship. She completed her Ph.D. in ecology and evolutionary biology  at UCLA supported by a National Science Foundation Graduate Research Fellowship. She is now a biodiversity scientist at the Center for Biodiversity and Conservation at the American Museum of Natural History. You can learn more about her here. 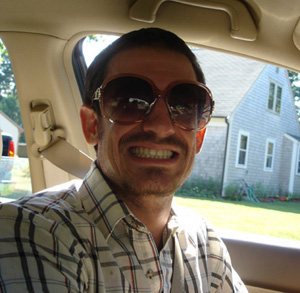 Comments on The Diversity Project: “I really felt like a biologist up in Boston. During the Diversity Project, I was given the freedom to design and pace my own research…I crammed a lot of important information into my little brain up in Boston, and yet the experience felt more like vacation than work. The lab is incredibly organized and efficient, and everyone is too nice and helpful…The Diversity Project is amazing, and is exactly what I needed to jump start a career in molecules and marine inverts!

Where is he now? Rob graduated in Fall of 2007. Following graduation he spent a year studying land snails in Madagascar then returned to Florida to finish up a taxonomic revision of revision of Chlorodiella and has found at least two new species and two sibling species complexes, based on morph and molecular data. He is continuing his studies of Chlorodiella as a Ph.D. student at the National University of Singapore in the lab of Peter Ng. In 2011, he went to Indonesia as a visiting scientist at the Indonesian Biodiversity Research Center. He completed his PhD in 2015 and is now  teaching at Santa Fe College and conducting systematics research at the Florida Museum of Natural History.