The 2013 edition of The Diversity Project marked a new era. Through funding from the UC-HBCU Initiative we partnered with Hampton University, Morehouse College and Spelman College and took students to Indonesia to work with our NSF PIRE project. It was an amazing summer. 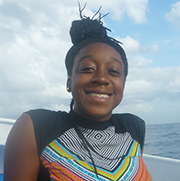 Project Title: Diversity and Abundance of Meiofauna in Bali, Indonesia

Comments on The Diversity Project: “The connections I forged while participating in the Diversity project heavily influenced my decision to attend graduate school.  Working along side graduate students, professors, and other members of the DP was an invaluable opportunity. One of the best parts of the program, was the passion for research and knowledge each professor shared with the students.  They provided invaluable guidance to the students before, during and after the project. One day I hope that I will be able to share my passion for research and  coral reefs with students in a similar successful manner.”

Where is she now? Camille finished her degree at Hampton, joined The Diversity Project in 2014 as a peer mentor, then joined the PhD program in Ecology and Evolutionary Biology at UCLA in the lab of Peggy Fong where she has served as a peer mentor for The Diversity Project multiple times. After earning her PhD, she was awarded a UC Presidents Postdoctoral Fellowship and is currently a postdoctoral fellow at U. Penn. 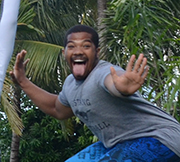 Project Title: The Influence of Xenia Presence and Rugosity on the Diversity and Abundance of Anomuran and Brachyuran Crabs on Their Microhabitat

Where is he now? Kari completed his degree at Morehouse College and then earned is MSc at University of Illinois in the lab of Gene Robinson  in the Department of Entomology. 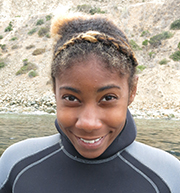 Where is she now? Chloe completed her degree and is now Senior Strategic Planner at Area 23 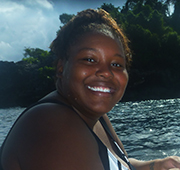 Project Title: Diversity and Abundance of Meiofauna in Bali, Indonesia

Comments on The Diversity Project: “The Diversity Projects was one of the most fulfilling experiences of my entire life. In one summer, I was able to conduct an interesting and innovative for the area research project. The results were not only presented at the ASLO aquatic sciences meeting, but also have been accepted to the Marine Ecology journal for publication.

I was also able to become AAUS dive certified…WOW…the best experience of my life! Working under the water is so peaceful, but it also helped me to become a skilled, and efficient diver. Knowing that I only had one tank, I knew I had to get my work done efficiently, and this is a lifelong skill I will cherish. Without the Diversity Project experiences and connections I wouldn’t be able to be pursing by degree at UCLA, and I would not have met the awesome colleagues that I know now. I am so grateful for my experiences during the Diversity Project, and I look forward to working with the program in the future!”

Where is she now? Upon completion of her BS from Winthrop University in Biology she completed her MS degree in Biology at Hampton University. She is now a PhD with Peggy Fong at UCLA in Ecology and Evolutionary Biology. She served as a peer mentor for The Diversity Project in summer 2015 and completed her PhD at UCLA in 2019. She is currently a postdoctoral fellow with NOAA and the University of Washington.